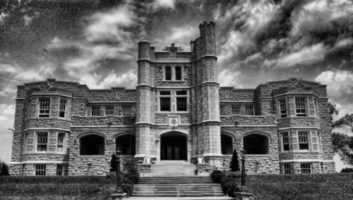 In the month of October as it gets closer to Halloween it seems only appropriate to review some of the haunting sites in Springfield Missouri.  There are plenty of haunted places in the Ozarks. If you’re looking for somewhere the spirits might wander, here are a few places in Springfield, MO to test out your inner Ghoulish fandom. Those that are more of a skeptic, these places are also brimming with local history.  If you are not scared be sure to check out Springfield homes for sale, Click Here.

Long before the City of Springfield, MO was founded in 1833, the area was populated by Native Americans. The Native Americans in the area thrived on its rich resources and natural beaty. However, nine years after Missouri became a state in 1821, the U.S. Government forced the removal of the Native Americans to a reservation in Kansas. Greene County was then opened for settlement, bringing in numerous settlers who also enjoyed the areas rich resources. Years after the establishment of the city, the  Butterfield Stage Coach line which brought even more people to the area and the town quickly began to grow.

Though war-torn during the Civil War years, Springfield survived to welcome Route 66 travelers in the 20th century. Eventually to become Missouri’s third largest city. Springfield’s has a long and rich history spanning Old West pioneers through modern civilization. With its rich history it should come as no surprise, that it is one of the Show-Me-State’s most haunted cities. 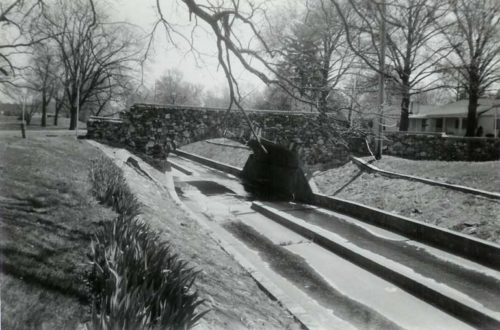 On East Bennett Street, Phelps Grove Park encompasses some 44 acres that provide beautiful entertainment local residents. The park is also allegedly home to a wandering spirit. Though the park is quite old, the story is the spirit is relatively new. She and her new husband were killed in an automobile accident. Sadly it was on the day of her wedding and as she and her new groom drove through the park, the automobile went out of control and they were both killed. The “Bride under the Bridge” has often been spied near the third bridge in the park in the evening. The forlorn bride is usually seen standing, holding up the hem of her gown. Where her face should be, there is only darkness.

A ghost known as Carl was a former busboy at this inn. Carl is said to still haunt the premises. Staff have reported seeing him in the kitchen and in the halls.  Others have reported seeing a pair of legs beneath a table, but when they crouch down, there is no one there. Carl has often been reported as having been seen just out of the corner of an eye disappearing into the office or down the hall. Upon closer inspection, no one is there. Carl is reportedly seemingly harmless. Others have reported another female spirit at the Inn, who isn’t very friendly. Both apparitions have been said to touch people.  The Bass Country Inn is located off Highway 44 at North Glenstone Avenue.

Starting with perhaps the best known Haunting Sites in Springfield Missouri. Pythian Castle has plenty of strange stories stretching back to when it was built in 1911. The castle was originally built by the fraternal order of the Knights of Pythias.  Pythian Castle has changed hands a number of times throughout its history. The order initially used it as a home for widows and orphans of its members. Later the U.S. Army bought it to use as a Service Club (not to mention to supposedly hold German prisoners of war) during World War II.

Today, Pythian Castle has fully embraced the ghostly tales of mysterious voices, moving furniture, lights turning on and off and even disembodied screams and feelings of doom in the basement. This is where it’s said those aforementioned German prisoners were held. Ghost tours, full-blown ghost hunts and murder mystery theme nights are just a few of the macabre attractions offered at the castle. There are historical tours for those less paranormally-inclined.

This old institution first opened its doors on September 25, 1873, with thirty-nine pupils in attendance. Beginning with a two-story brick structure at a cost of just $7,000 for classes, the campus occupied less than 1½ acres.

Next, a frame building was built for the music department and in 1875 an elegant brick structure was opened called “Walter Fairbank’s Hall” as a women’s boarding house. Twenty-five years later the 40-acre campus included Stone Chapel, the President’s House and three academic buildings. Today the 80-acre campus still includes the original site and much more, including a few phantom visitors according to its staff and students.

Old colleges often have many reports of hauntings, but this particular college has good reason. It was built upon a site which was once Indian burial grounds and later was in the midst of the Civil War. In 1966 Smith Hall, a women’s dormitory was built in an area that used to be called home to several old Victorian houses. In one of these old vintage homes once lived a little girl who was caught in a fire when she wanted to retrieve her teddy bear.

According to the stories, she continues to linger in the hall searching for her teddy bear. Many have witnessed the little girl, dressed in pink, and walking the halls. Others have reportedly taken pictures. A bit of a prankster, students have often returned to their rooms to find their locked doors standing wide open, drawers pulled out of dressers and a teddy bear sitting in the center of the room. Others report that if they have a teddy bear, it will often be moved during the night to appear at a different place in the room the next morning. One student tells a story of an unused telephone stored in a closet that would ring during the night with no source of power.

At Clara Thompson Hall, many students have reported that pianos seemingly play by themselves. Doors are also said to often close on their own. At the Wilhoit Theatre, many people have reported seeing flickering lights at night when no one is in the theatre.

At the Freudenberger House, which is familiarly known as the Freddy House by the students, a female phantom is said to haunt the building. The five-story residence hall houses the Military Science Department as well as playing home to over 700 students. Built in 1959, the hall was named for Norman Freudenberger, professor of Latin for 45 years. According to the legends, the matronly ghost is referred to as the Dorm Mom and seemingly has an interest in the fifth floor, where she is most often glimpsed. Freudenberger House is located at 1000 E. Madison Street. 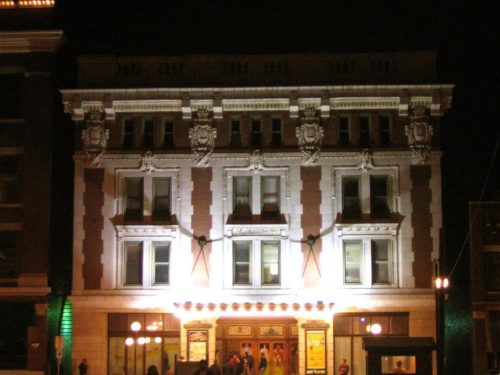 Built in 1909, this four-story brick and terra cotta building has been in continuous use since its inception.  Once playing host to such artists as Lillian Russell, John Philip Sousa, Lon Chaney and Fanny Brice, it later became a motion picture house — one of the first to acquire “talkies.”

In 1977, it was placed on the National Register of Historic Places. In the 1980s the theatre underwent major renovations to return it to its early 1900s elegance.  Today the theatre continues to entertain southwest Missouri with plays, musicals, ballet, symphony and more.

But in addition to its many visitors who come for the entertainment, this old “playhouse” is also called home to several restless spirits.  The one most often seen is that of a janitor who died during a fire in the theatre in the early twentieth century.  On December 17, 1920, the Landers Theatre suffered a major fire, taking the life of the janitor and effectively closing the theatre for some time.  Only an asbestos curtain and other fireproofing precautions kept the theater from being a total loss.  According to reports, the old janitor is often seen up in the balcony by actors on the stage.

There is another story of a baby that was accidentally dropped from the upper balcony on a night long ago. Today, when actors are practicing on stage they often say that the baby repeats its fall over and over again.  Others have heard the baby crying, followed by comforting words from its ghostly mother.

Another apparition, only seen from outside the theatre, is said to peek from a fourth-floor window at passersby along the street.  Described as tall with long blonde hair and wearing Elizabethan clothing, this spirit has never been seen inside the theatre.

Strange occurrences at the theatre include unplugged spotlights that seemingly turn on and off of their own accord.Other people sense that they are being followed, taps felt on people’s shoulders by unknown entities, and apparitions glimpsed throughout the building.

As you can see the Landers Theater is one of the most storied Haunting sites in Springfield Missouri.

This old cemetery was established in the 1860s and holds the remains of several Civil War soldiers. Some are apparently restless in their old resting places. Visitors to the cemetery have reported seeing glowing gravestones in the night. While several others have walked away with photographs that include strange apparition appearing subjects and dozens of orbs.  The cemetery is located at 1702 East Seminole Street in downtown Springfield at the cross street of Glenstone Avenue (US 65).

Unlike many quaint inns and motels, the Plaza Hotel is not proud of its resident ghost.  Touting itself as Springfield’s premier meeting place and convention center, it fears that knowledge of the spirit will hurt its business.  However, “The Colonel,” as he has become known, has been seen by most everyone who works at the Convention Center.  The towering hotel is built upon land that was once a large plantation belonging to a well-decorated Civil War hero.  This older gentleman, dressed all in black is most often seen between midnight and 4:00 a.m. in the ballroom and in the back hallways of the hotel.  The University Plaza Hotel is located at South John Q. Hammons Pkwy at the cross street of East Saint Louis Street.

As you can see there are many Haunting sites in Springfield Missouri.  Springfield has a log and rich history with a small spooky side.  Have a great Halloween. Trick or Treat Safely.

If you have any rel estate questions please call me at 417-693-3254. If you enjoyed these stories feel free to share them with friends.

Looking for a Realtor? I am available! Let's get started!

The Lakes at Wild Horse